My participation in the Philosophy Olympiad in 2016 On February 12, 2016 in AG "Geo Milev" was held the regional round of the Olympiad in Philosophy in Ruse. The results were released on March 15 of that year. Together with Andrey Antonov we had decided to participate and present our school.

We were required to write an essay containing philosophical competence. We had the right to choose one of three quotes to think about:

"The fact that man can have an idea of ​​the Self elevates him infinitely above all other beings living on earth." - Kant, Anthropology from a pragmatic point of view

"A rule cannot be followed only once and by one person only." - Wittgenstein, Philosophical Research

"I must recognize the free being outside me in all cases as such, that is, I must restrict my freedom through the notion of his freedom." - Fichte, Fundamentals of Natural Law

I chose to write on the first quote. I was ranked ninth out of a total of 28 participants, receiving an equal number of points with 11 others. The goal I set as soon as I saw my result was to participate again next year and be ranked in the TOP 5. 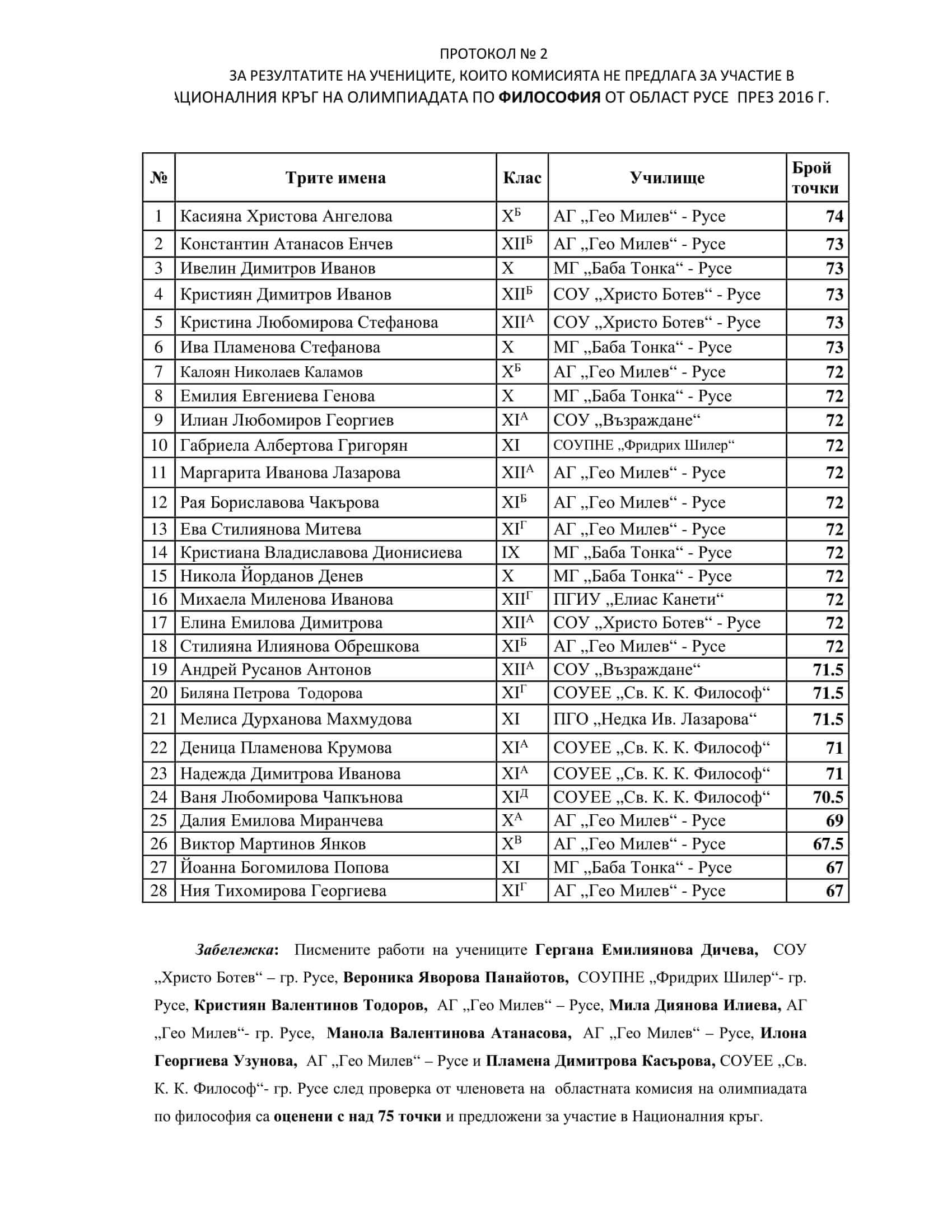 First place in the Business Informatics competition in Svishtov

On February 26, 2016, a National Student Competition in Business Informatics was held, organized by the Dimitar A. Tsenov Academy of Economics in the town of Svishtov. On June 30, 2015 I finished tenth grade with an overall grade of Excellent 5.50, for which I was awarded by the management of Sofia University "Vazrazhdane" - Ruse and received a diploma.